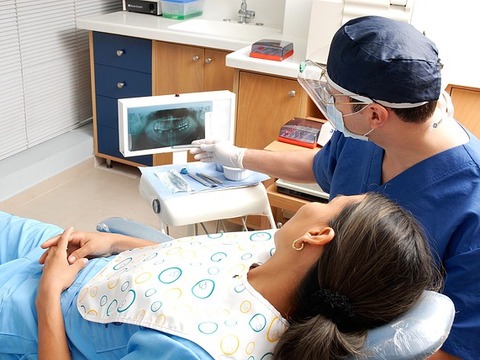 A group of scientists from Australia and Brazil came to the conclusion that the relationship between obesity and periodontitis: people who are obese have an increased risk of periodontitis, compared to people with normal weight. In the study, for 31 years was conducted regular reviews 539 participant of the same age.

In recent years, many countries increases the problem of obesity in the population, this is due to a sedentary lifestyle, diet, stress and lack of exercise. Many studies confirm that obesity is becoming a risk factor for several systemic diseases, including periodontitis. However, at the moment scientists can't really say about the causation of these conditions.

Through the work of scientists regularly inspect the gum group for 539 people for 31 years. The scientists also carried out anthropometric measurements and to maintain records of habits of study participants.

According to scientists, these indicators are also significantly affected by the presence of harmful habits. The study's author, Dr. Gustavo Nascimento from the Federal University of Pelotas argues that the most effective way to prevent periodontitis is to inform people about the risk factors for the development of the disease.

Prof. Marco Perez of the University of Adelaide argues that the study of the relationship of obesity and periodontal disease is unique. "We explored participants of the same age over 31 years. In addition, we applied the method of longitudinal data analysis and statistical methodology that allowed to compare different risk factors in the relationship, such as obesity and Smoking, obesity and alcohol consumption, obesity and poor diet etc."